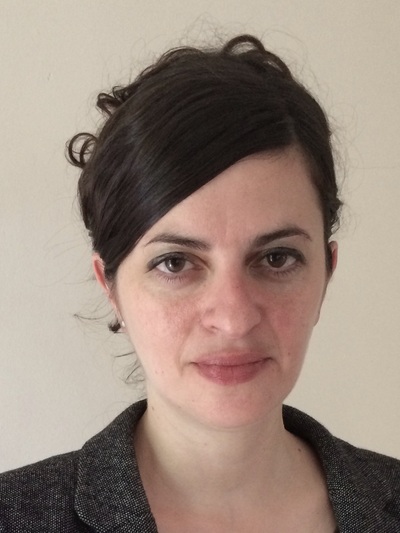 Erica Levin’s research focuses on the intersection between avant-garde cinema, post-war art, performance, and visual culture. Her writing has been published in Media-N, World Picture, Millennium Film Journal, Discourse, and most recently in the collections Carolee Schneemann: Unforgivable and The Routledge Companion to Cinema & Gender.

She is currently at work on Media-America Inside Out: Experimental Film and Television in the 1960s. The book takes as its focus film and television experiments made in the wake of the Civil Rights movement and mass demonstrations against the Vietnam War that expose the difficulties and contradictions entailed in mediating social order. The phrase Media-America is drawn from Guerrilla Television, a cult handbook and “meta-manual” for video collectives formed in the age of the portapak. It describes an imaginary nation constituted through electronic media “looped-in” to neural networks, where information becomes “a staple right behind food, clothing, and housing.” Contesting this vision of Media-America as a totalized synthesis given in advance, the project focuses on misappropriations of media images and forms—unruly montages, multi-screen projections, and live film performances—that interrogate the mass media’s capacity to secure social unity in times of national crisis. It looks at works by filmmakers and artists made in response to news of political assassination, rioting, and war that engage media as historically contingent, subject to both contestation and reinvention. Case studies focus on instances where filmmakers came to occupy commercial and public television studios for the first time as artists-in-residence, or worked at the margins of these sites appropriating footage from newsreels or still images from the popular and underground press. Situating experimental work by Bruce Conner, Carolee Schneemann, Stan VanDerBeek, and others, alongside contemporary efforts by militant filmmakers and video guerillas to negotiate a political sphere increasingly dominated by mass media, Media-America Inside Out offers a new approach to the study of moving images in the post-war period. It uncovers what the affective intensities and stubborn contradictions that emerged through political and aesthetic experimentation in the 1960s can teach us about the state of media today.